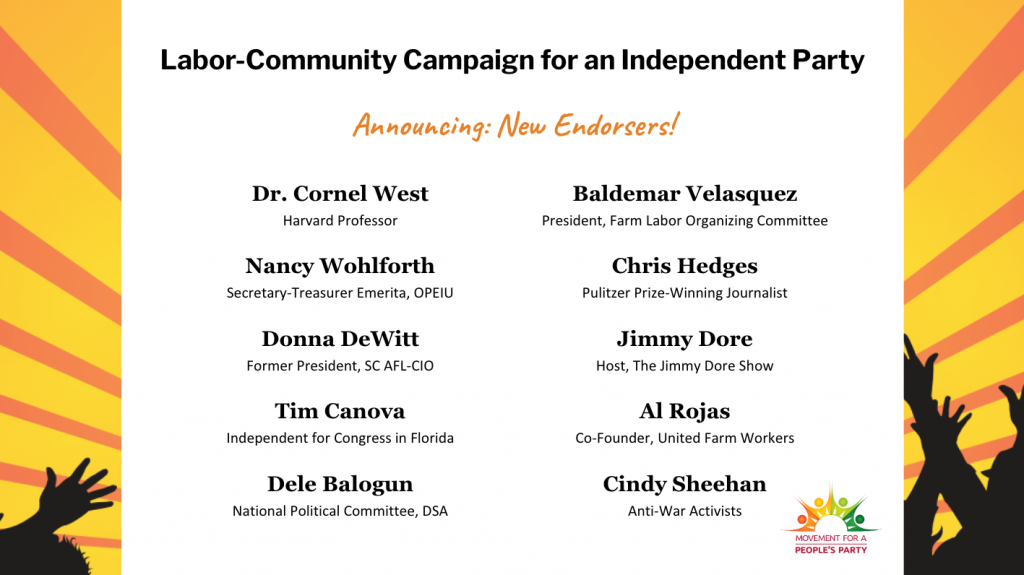 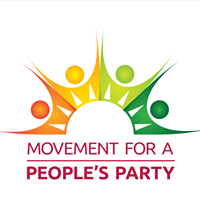 This September we partnered with Socialist Organizer to launch the Labor-Community Campaign for an Independent Party. Today I’m proud to announce that eight organizations and some of the most esteemed labor and progressive leaders in America have joined the campaign!

Revolutionary organizations are joining us too including Teamsters Local 808 in Long Island City, the Labor Fightback Network, Progress for All, the Haiti Liberté Newspaper, Human Agenda, the Ujima People’s Progress Party, the San Francisco Peace and Freedom Party, and the Judicial Violence Symposium in New York.

Their support makes this the first major campaign to found an American labor-based party since unions formed the Labor Party in 1996.

These great individuals and organizations are partnering with us because they believe in our vision and they believe in us. Let’s show them what we can do. Click here to add your name to the campaign. Stand in solidarity with our fellow workers and unions fighting for independence.

By bringing together hundreds of people and organizations in our labor-community campaign, we will excite and inspire more unions and activists to join us in building a party for working people.

PS: Please chip in to make sure this is just the beginning.

Contribute to support our work