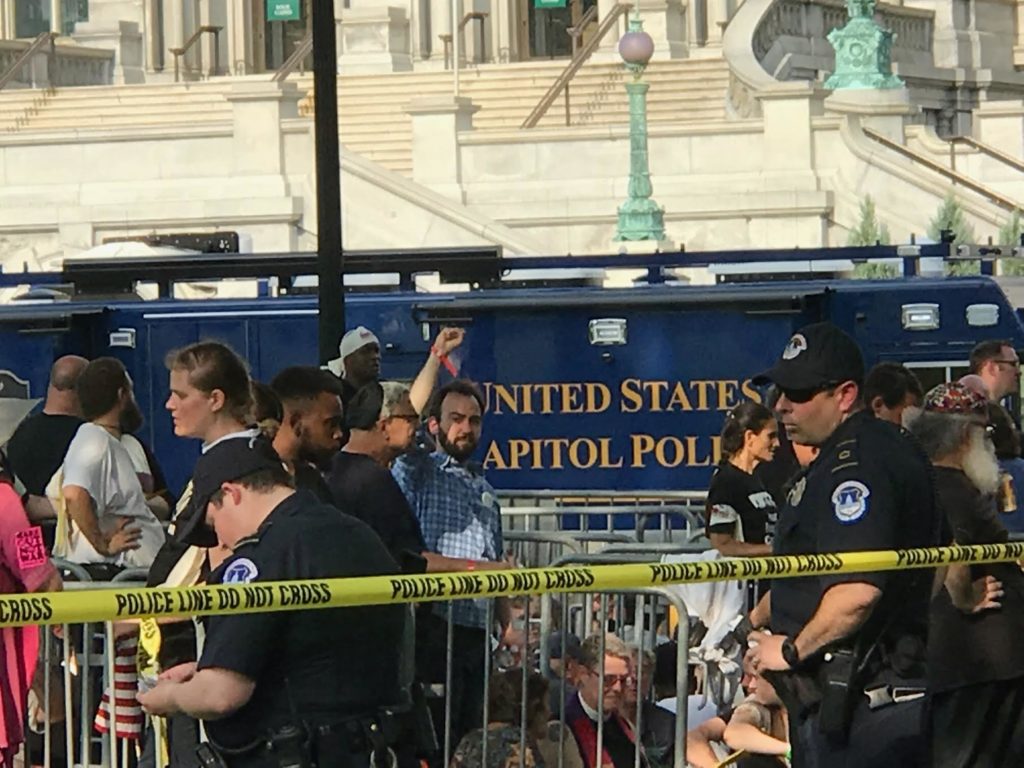 Nick Brana has been arrested along with the Rev. William Barber II and 300 other protestors in a launch of the non-violent 40 days of moral action organized by the Poor People’s Campaign (PPC).

The arrests occurred on the northeast Capitol lawn in Washington D.C. after the protestors, led by Barber and his PPC co-chair the Rev. Liz Theoharis, shut down Independence Avenue. The street was closed for 90 minutes before police moved in to arrest the peaceful demonstrators for obstructing the main thoroughfare.

The PPC organized a mass movement around the country – including simultaneous actions today at state capitols – to protest these horrendous statistics: Some 140 million people live in poverty when basic necessities are taken into account. And half of our nation’s children are poor.

It is time to break the silence about America’s war on the poor! In one of the most prosperous nations on earth, it is time we say that everyone has a right to live!

Fifty years ago, the Rev. Dr. Martin Luther King called for a Poor People’s Campaign to begin a “revolution of values” in America. MPP is an official partner with the PPC in reigniting that campaign by uniting thousands of people across the country to challenge systemic racism, poverty, militarism, ecological devastation and our nation’s distorted morality.

“We have to cry loud until hearts are changed…It’s time to cry loud with every bit of love. Somebody’s hurting our people, and we won’t be silent anymore.” ~ Rev. William Barber, May 13, Washington D.C.