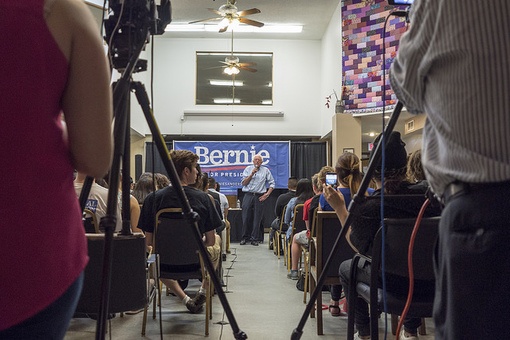 Nick Brana says that Bernie Sanders will run again as a Democrat for President in 2020.

And Brana says that the Democrats will once again deny Sanders the nomination in favor of a corporate establishment candidate.

Brana is the former national political outreach coordinator for the Bernie Sanders Presidential campaign in 2016.

Brana is the founder and national director of the Movement for a People’s Party.

Brana believes Bernie Sanders is running for President as a Democratic in 2020. What if he wins the nomination?

“I have no expectation that will happen,” Brana told Corporate Crime Reporter in an interview last week. “He’s going to run again as a Democrat for President.”

Posted in In the Media and tagged 2020 primary, Bernie Sanders, Counterpunch, Nick Braña