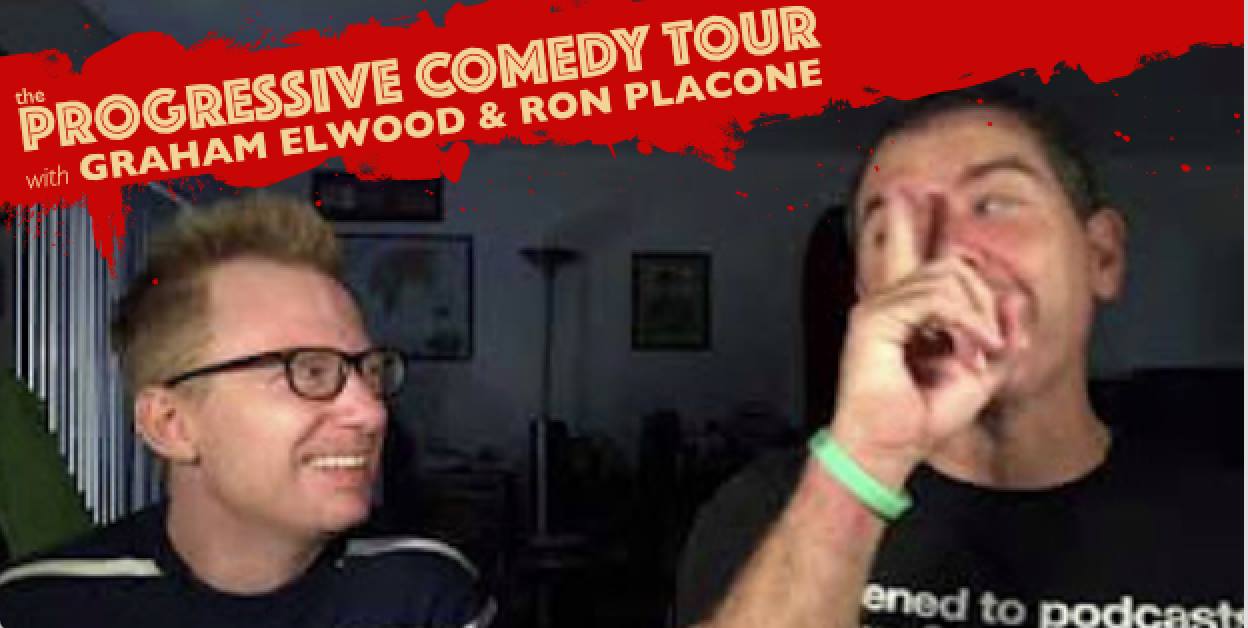 The Progressive Comedy Tour w/ Graham Elwood and Ron Placone is a night of stand-up, fun and activism! Progressives need to come together, an evening of laughter’s a good start.

GRAHAM ELWOOD: Graham Elwood is a national touring headliner and co-host of the Comedy Film Nerds podcast. He has been in Last Comic Standing on NBC, “the Sarah Silverman Program” and “Nick Swarsdon’s Pretend Time” on Comedy Central. Also co-star of “Doug Benson’s The Greatest Movie Ever Rolled. Co-creator of the Los Angles Podcast Festival. Has done 7 USO tours to Afghanistan, Iraq and Kuwait. Director of feature film Ear Buds: The Podcasting Documentary, due out in fall of 2016.
www.GrahamElwood.com

RON PLACONE: Ron Placone can be seen regularly on The Jimmy Dore Show and The Young Turks. He hosts the worlds first viewer-curated streaming news show, “Get Your News On With Ron.” He’s been on SiriusXM and seen on TMZ, RT, and FreeSpeechTV. www.ronplacone.com