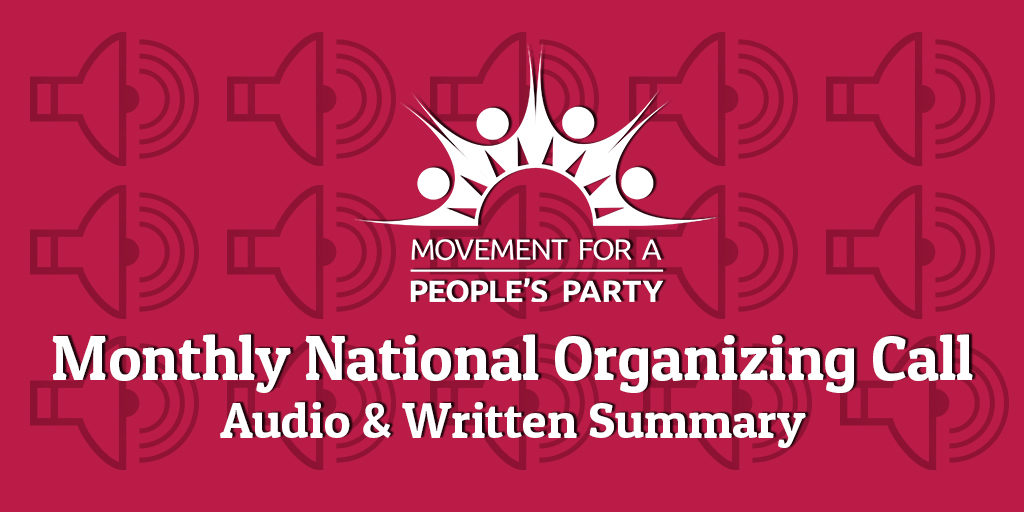 Our August national call featured two guests. First up was Alan Benjamin, editor of The Organizer Newspaper, delegate and past president to the San Francisco Labor Council. Alan discussed the San Francisco and Sacramento labor forums which his organization co-hosted with MPP.

Tim Canova, who is running for Congress against Debbie Wasserman-Schultz in Florida’s CD 23, was our second speaker. Tim thanked the MPP Florida field team which has taken an active role in volunteering for his campaign, and invited people to travel to Florida to campaign with him and to set up phone banks across the country. Email Tony@TimCanova.com if you will be in Florida and would like to volunteer. For general info on Tim’s campaign, go to his campaign website.

MPP members voted overwhelmingly to stand in solidarity with the nationwide prisoner’s strike which began August 21 and will end September 9. As stated in our platform, MPP supports basic human rights of all people. Our members voted to support prisoner demands that include an immediate end to slave labor, equal access to and expansion of rehabilitation services, and the immediate improvement of humane living conditions in prisons. More information from the organizers at Incarcerated Workers of America is available at this link.

Listen to the call archive here: