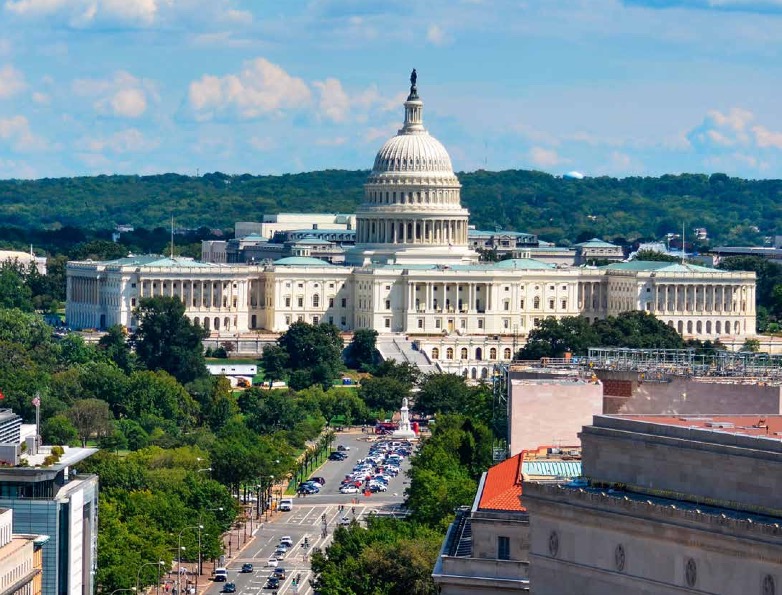 Washington, D.C. — Following a meeting in the nation’s capital, they have formed a 29-person organizing committee with representation at the highest levels of American labor to lay the groundwork. Today the committee released this statement of intent:

We, the undersigned unionists and activists, met on February 24 and 25 in Washington D.C. to discuss the next steps to a labor-based party. We unanimously concluded that Americans need a major new party rooted in labor, the struggles of working people and communities of the oppressed. We hereby constitute ourselves as the Organizing Committee of the Labor-Community Campaign for an Independent Party for this purpose.

In the wake of the Gilded Age of robber barons and monopolies, unions and community groups organized mass strikes and social protest movements, and banded together in independent parties that led to landmark progressive reforms, from child labor laws to the eight-hour work day, from food and drug regulation to Social Security. They came close to establishing a major party for working people.

In the midst of this second Gilded Age of big finance and tech corporations, labor and community are uniting again to finish what they started. Together we will build an independent party of and for working people that can achieve the landmark advances of the early 21st century, from Medicare for all to free public college, from an end to mass deportation to the abolition of police violence against Black and Brown communities, from a Green New Deal to a federal jobs guarantee, from full labor rights to budgets that fund social needs at home, not wars and interventions abroad.

Our decision to form this organizing committee is rooted in two groundbreaking resolutions adopted by the AFL-CIO at its October 2017 national convention. The first affirms that, “whether the candidates are elected from the Republican or Democratic Party, the interests of Wall Street have been protected and advanced, while the interests of labor and working people have generally been set back.” The resolution also affirms that whether “labor’s candidate wins or loses the election, the results for labor and the 99% remain fundamentally unchanged.” The second resolution concludes that, “the time has passed when we can passively settle for the lesser of two evils politics.”

The implications of those statements are urgent and profound. Accordingly, our Organizing Committee will pursue two intertwined objectives:

The Organizing Committee will meet biweekly, organize labor-community assemblies, unite unions and progressive social movements, engage in local struggles on the issues, form a speakers’ bureau to present the campaign to interested organizations, develop a grassroots and membership dues-based fundraising model, design a cutting-edge digital and social media strategy to reach millions, and map out in greater detail the path to a party for working people.

With inequality skyrocketing, health care and student debt mounting, climate change roiling the planet, civil and human rights under assault, and wages and benefits evaporating, the majority of Americans are now calling for a major new political party, including an even greater number of young and working people.

With 80 percent of Americans now living paycheck to paycheck with little to no savings, a precarious nation is at its limits. Within a year, working people will be subjected to another economic downturn and another rigged Democratic primary. By taking steps now, we can be prepared to offer a genuine alternative in the face of those crises. Without it, Trump and the far right will continue to fill the growing void in political representation.

The Organizing Committee will build on the progress of the Labor-Community Campaign for an Independent Party. Founded last fall, the campaign has grown to 15 unions and organizations representing more than 100,000 members, plus labor leaders, AFL-CIO executive council members, and some of the leading progressive voices of our time, including Dr. Cornel West, Abby Martin, Oliver Stone, and Chris Hedges.

In 2015, a Princeton study revealed that the American public’s influence over the Democratic and Republican parties is so minuscule that the U.S. does not meet the definition of a democracy. The study found that the preferences of working people have a “near-zero, statistically non-significant impact upon public policy,” whereas billionaires write the laws.

Public trust in government has plummeted from 80 percent to 20 percent in the last 50 years. The loss of confidence stretches across the institutional fabric of American society, including public schools, the criminal justice system, big business, and the media. A remarkable 93 percent of Americans now say that their views are left out of the political process. A collapse of trust of this magnitude signifies a loss of the consent of the governed and a deep yearning for a new political and economic system.

In response, tens of millions of American have left the establishment parties, creating a swelling ocean of independents. Pew Research found that for nearly 70 years after the Second World War, more Americans identified as Democrats than Republicans. But about 10 years ago, the share of independents surpassed both parties and has risen sharply to the highest percentage in more than 75 years. This January, Gallup reported that 42 percent of Americans are independent, while only 30 percent are Democrats and 26 percent are Republicans.

As the New York Times stated last week, new parties on the left and the right are sweeping to power around the world, replacing establishment parties that have reigned for decades in those countries. “Long-established political parties across the democratic world are blowing up,” the column states. “Could America’s parties be next?”

U.S. unions have spent billions of worker dollars propping up the Democratic and Republican parties over the past several decades. In return these parties have given us mass incarceration, skyrocketing healthcare costs, crushing student debt, job-killing trade deals, unprecedented inequality and endless war. The corporate bosses would never tolerate that kind of return on investment, and neither should we.

We invite union members and community activists across the country to join the Labor-Community Campaign for an Independent Party. Share the campaign with your friends, colleagues, union locals, and community groups. Encourage them to endorse and join the campaign here.

Signed by the Organizing Committee members

(Organizations and titles listed for id. only)