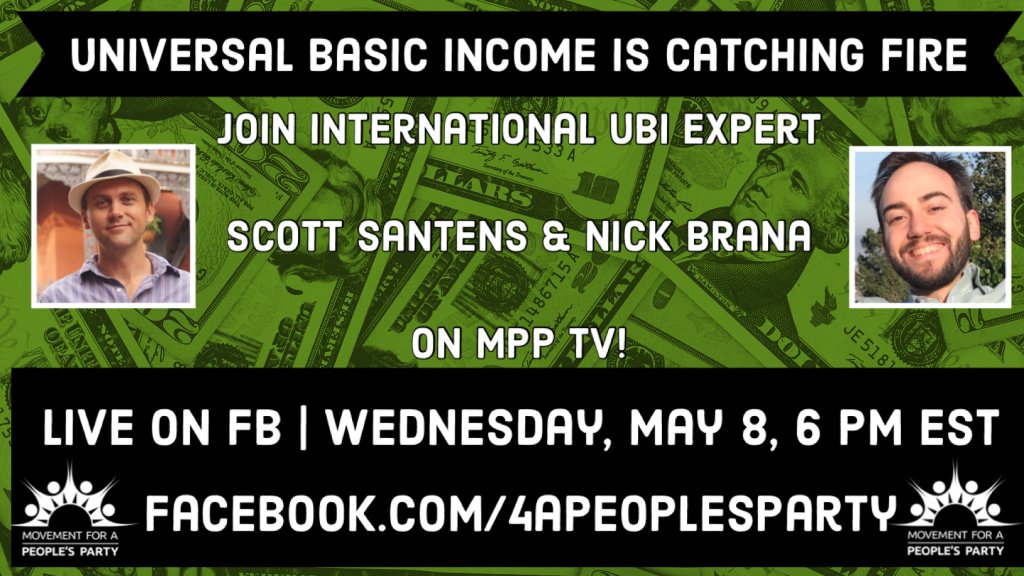 What would you do with an additional $1,000 a month? Universal basic income is an idea that has enjoyed support from figures as intellectually diverse as Thomas Paine and Friedrich Hayek, Martin Luther King Jr. and Milton Friedman.

In 1970, Richard Nixon championed a universal basic income to establish an economic floor for the poor. The Chicago Sun Times called it “A Giant Leap Forward,” the Los Angeles Times “a bold new blueprint.” The National Council of Churches, the labor unions, and even the corporate sector were also all in favor. The House of Representatives overwhelmingly passed it and it almost became law.

With rapid advancements in artificial intelligence and robotics, studies are estimating that up to half of all U.S. jobs could be automated in the next two decades. And UBI is surging back with experiments in the U.S. and around the world, as well as a spot in our People’s Platform.

This Wednesday one of the world’s leading experts on universal basic income joins us to discuss the policy, its rising profile in U.S. politics, the results of experiments, how we should structure it, and more. Catch Scott Santens and I live on MPP TV. Join the conversation in the livestream comments and I’ll pose your questions to Scott.